I'm a bit mixed on Supraland. I admire it for many of the things it accomplished. Yet there are problems with it that I could never shake. Even so, I choose to review it so that I can get my feelings out.
Supraland is a video game released in 2018. It is a first person game that combines elements of Zelda, Portal, and Metroidvania type gameplay. The basic idea of it is that you are a little toy figure, placed down into an elaborate sandbox by a human child. Here, all the other toy figures have life and go about their daily tasks with little to no awareness that they are living in a child's sandbox.
There are two colors of toy figures: blue and red. They have their own kingdoms and, for the most part, don't like each other very much. The moving force of the plot is that the Blue Kingdom turns off the Red Kingdom's water, and so you, being the prince of the Red King, have to travel over there and find out why they are doing it.
Getting there isn't so simple. The entire world is laid out like a puzzle. Just to get inside of the Blue Kingdom's walls you have to just about travel the entire sandbox world just to get what you need to break inside. Along the way, enemies spawn in at these points where crosses are posted like gravesites. Fighting is extremely frequent and often difficult and punishing if you are not very swift on your feet.
I was able to finish the game in about 30 hours. It was long and punishing. The ending was a bit confusing and seemed to have very strange religious undertones that I had difficulty understanding. My main problem with the game is that I can't figure out if they are making fun of Christianity or not. It doesn't come up very much, but when it does I always got uncomfortable. Even so, there are very interesting religious aspects to the game of which I did like.
Every so often, you can spot the human child standing high above the sandbox, gazing down at you with an eerie domineering look. He isn't always there. There are just random moments I just looked up and saw him there. None of the other figures seems to be aware of him, although a religion did form around the idea of him. Those who were believers are shown to have halos above there heads.
The whole idea that this strange boy was able to give these toys life is utterly fascinating to me. But there is also a creep factor in that he is not really acting much like a child. It had to do with the way he just stares at you, acting more like an adult. That effect is probably the thing that drew me so hard to this game.
The thing that made me most uncomfortable was the character of Mr. Miracle which was sort of a take on Jesus. He looked like a toy but had a really odd looking face which seemed a bit more human that the others... but it was twisted and hideous.
If you are a fan of innovative fighting, puzzling, and platformer games, then I recommend Supraland for it's genuinely fun and challenging gameplay. It will take a lot of skill and mental abilities to push through it though. If you don't want a challenge, then skip by it. For me, it was really that human boy that did it for me. All the connotations surrounding that was what make this game wonderful. Still, you gotta wonder what they were thinking.
Thank you for reading my blog! Did you enjoy it? Either way, you can comment below, or you can email me at tkwadeauthor@gmail.com. You can also visit my website at www.tkwade.com. Check out my books! Thanks! 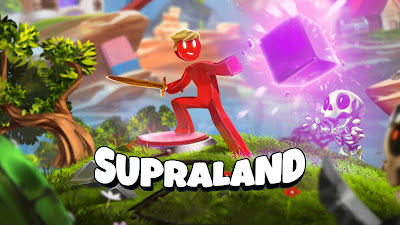 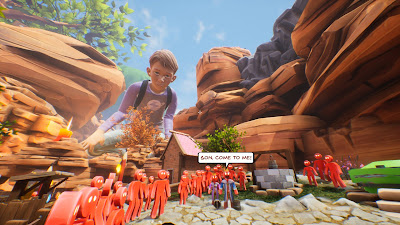